Asset Tokenization | Technology
The Limitations of the ERC-20 Token Standard 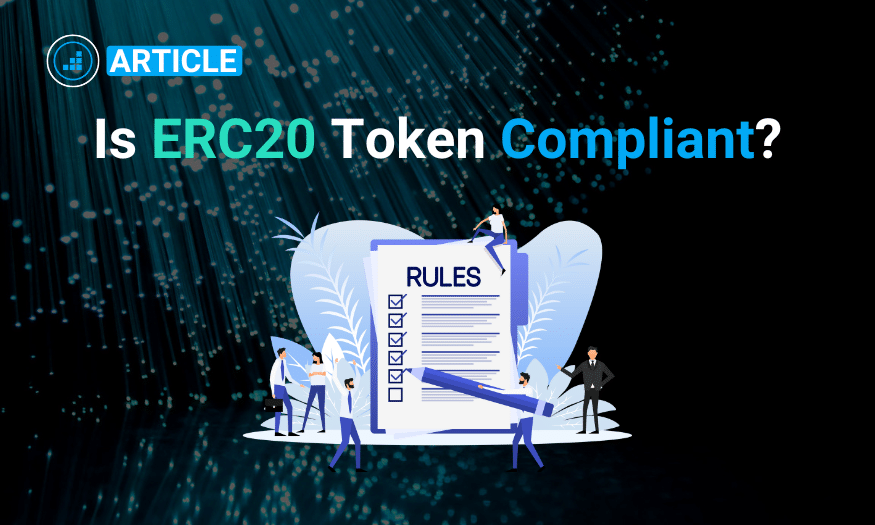 ERC stands for Ethereum Request for Comments, which are basically proposals posted by community members. In November 2015, Fabian Vogelsteller made the 20th proposal on the list, which we now refer to as ERC-20.

An ERC-20 token is essentially a smart contract

In their essence, tokens issued on blockchain are basically smart contracts that make use of the blockchain they were issued on. In the case of ERC-20 tokens, they are the most popular and widely adopted Ethereum-based tokens. Ethereum network gained traction due to the smart contract function it possesses. This function enables the creation of smart contracts that automatically execute a set of predefined rules programmed in the code of that contract.

As mentioned above, the ERC-20 token standard has emerged as the technical standard used for all smart contracts on the Ethereum blockchain for token implementation. Plenty of well-known DeFi projects use the ERC-20 standard for their digital assets, some examples would be Maker (MKR), Basic Attention Token (BAT), Augur (REP), and the OMG Network (OMG).

The common types of tokens that use the ERC-20 token standard are stablecoins, security tokens, and utility tokens.

Why not stick to only one token standard?

This set of functions ensures that all types of tokens created on the Ethereum blockchain conform to the standard and perform uniformly across any Ethereum system. Therefore, most digital wallets supporting ETH are also compatible with ERC-20 Token adhering to that standard.

Below an example of the most basic code version of an ERC-20 Token:

Here are some of the most popular token standards on Ethereum:

Depending on the asset being issued and the functionality you want its token representation to inherit, different standards are used to create the tokens accordingly. For instance, for NFTs, which are considered to be non-fungible, meaning each token is unique to its representation and is non-interchangeable, the ERC-721 standard is used. This applies mainly due to the fact that it should possess a unique identifier to it or signature, making it stand out from other NFT tokens just like it. This is not the case for ERC-20 tokens which are alike.

Other than the ERC-20 token standard, security tokens that are a representation of traditional financial securities (e.g bonds, stocks, equity), require more compliance standards, and therefore, a more broad set of features & functionalities. An example of such features in traditional finance would be corporate actions that issuers need to take upon issuing certain securities.

As the ERC-20 token is limited and doesn’t offer such capabilities, the ERC-1400tToken standard was introduced to serve that specific purpose. It can be considered as the compliance token.

ERC-1400 – is a standard specifically designed for Security Tokens. It allows more control over the token and it inherited its functions from the ERC-20 token. It does allow for example restricted transfers, the adding of transfer information, document library management and forced transfers. It does so by combining various ERC standards, which each fulfill another aspect of (potentially) needed Security Token functionality. It therefore has a wide range of functionality that enable a legal conform deployment of Security Token. This approach is comprehensive, but also complex.

The Pros of ERC-20 Tokens

ERC-20 are popular for a reason, and here’s are several factors that make them attractive:

Convenient: ERC-20 tokens are simple and easy to deploy. That’s because Ethereum smart contracts are written in a Solidity programming language similar to JavaScript. Any other protocol that is EVM-Compatible, can support ERC-20 tokens.

Flexible for customization: Depending on the business logic and user interactions, ERC-20 tokens are customizable to enable features like gas auto-refill for future transactions, freezing and unfreezing a token, adding on a central mint to modify the tokens in circulation, and more.

Serves as a roadmap for developers: The ERC-20 standard gives developers a proper blueprint, which allows them to create new tokens in an effortless way instead of building them from scratch.

Token standardization: Ethereum provides the token specification that includes interaction rules between different tokens and token purchase rules. With a universal standard, users can transfer new tokens to a wallet and be put on an exchange all at once.

Liquidity: If the projects based on Ethereum are active and interact with each other, that brings more projects and more users to the Ethereum network. There is also a solution like Uniswap converting ERC-20 tokens between each other has become even more straightforward.

Widely Accepted: ERC-20, as well as its tokens, are recognizable on most exchanges and wallets. That is mainly because of the universal protocol that is adaptable by broad exchanges. Plus, its fungibility makes it excellent for trading applications.

Eradicate counterfeit tokens: All transactions are subject to approval, and the total supply of tokens smoothens the auditing process by ensuring there’s no duplicate of tokens in circulation.

Although it’s the most widely adopted standard, as mentioned in the previous section, ERC-20 still has a few limitations

The Limitations of ERC-20 Tokens

Expensive gas fee: ERC-20 relies on the Ethereum blockchain, and to complete each transaction, there will be a gas fee. While the gas fee is parallel to the blockchain activities, the gas fees increase when there’s heavy traffic in the blockchain. Hence, it’s not sustainable in the long-run.

Irreversible transactions: There is no way to return funds if users send ERC-20 tokens to the wrong address, and tokens remain forever trapped in contracts. The same applies to the tokens stolen by hackers.

A very low entry point: Critics say that it is too easy for people to create their tokens with no apparent purpose or goals. As a result, developers can easily exploit the policies to develop fraudulent ICOs and tokens with non-value adding projects.

While ERC-20 tokens have certainly revolutionized the blockchain ecosystem and placed Ethereum as the most widely adopted network, there are still quite a few aspects of the financial world it does not cover. Other than Ethreum’s general scalability issues, ERC-20 tokens are not fully adapted for use by financial institutions operating in traditional financial services.

For securities, more control needs to be provided over the asset itself and that’s what token standards such as the ERC-1400 cater to. Making them more specific to their use case and much safer to invest in.

This also enables compliance to the strict regulatory requirements imposed on financial institutions such as banks. Consequently, it becomes easier for these players to adopt and implement blockchain-based tech solutions to significantly improve their processes for a much lower cost.
Make sure to get in touch to learn more about implementing blockchain within your organization or learn more about the topic in our resources.

How to create an NFT in 5 easy steps

How to create an NFT in just a few minutes Making NFTs more accessible In recent years, NFTs gained a lot of...

END_OF_DOCUMENT_TOKEN_TO_BE_REPLACED 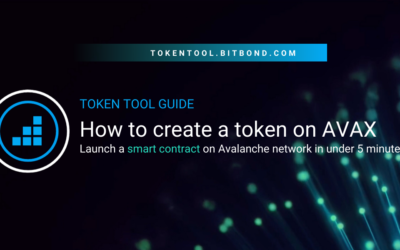 How to Create a Token on AVAX

What is the Avalanche network? The Avalanche ecosystem is a blockchain platform that was first introduced by Ava Labs...

END_OF_DOCUMENT_TOKEN_TO_BE_REPLACED 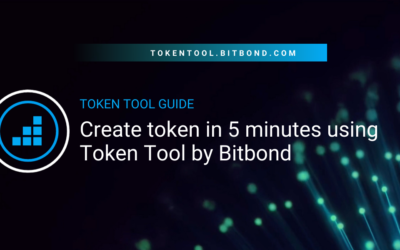 Create your own token in 5 minutes using token tool

Introduction to how to create your own token The number of crypto tokens has more than doubled within the last year,...

END_OF_DOCUMENT_TOKEN_TO_BE_REPLACED
We use cookies on our website to give you the most relevant experience by remembering your preferences and repeat visits. By clicking “Accept All”, you consent to the use of ALL the cookies. However, you may visit "Cookie Settings" to provide a controlled consent.
Cookie SettingsAccept All
Manage consent